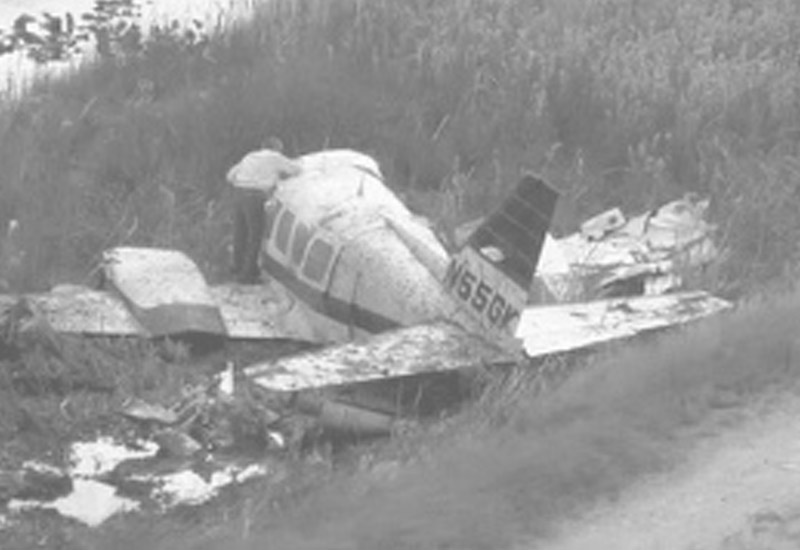 I have been very fortunate to fly many different types of aircraft, from taildraggers with small engines to jets.  I have spent countless hours in commercial aircraft operations, in all types of weather, flying passengers and products at all hours of the day.  If you fly one type of aircraft long enough you know their heartbeat and their soul.  They become part of you.  They gain a personality and you can read them like an old shoe or, better yet, like a partner you have lived with for twenty-five years.

On a regular basis I fly from Houston, Texas to Santa Rosa, California and back.  I do this many times a year.  It is my commute to work. The aircraft I fly “breathes and acts” much like the horses that I raised and rode as a kid.  I know when the plane is not feeling good and when the aircraft starts to have personality changes.  When it does, I start to question why this happening.  What is this all about?

I have thousands of hours in Piper Navajos.  I have flown Chieftains, the smaller CR with the 325 horse Lycomings and the big bad P Navajo.  I love these planes.  They are tanks.  As an attorney I handle accident cases.  A recent accident caught my eye and has burdened me.

On October 26, 2015, a Piper Chieftain with three people on board crashed just short of the Ft. Lauderdale Executive Airport.  The pilot later died.  The aircraft evidently had some type of emergency.   In reading the NTSB report it looked like some type of low fuel problem or possible mismanagement of the fuel system.  The aircraft  N55GK, landed gear up.  According to the report the fuel selection was left engine to left auxiliary tank and right engine to the right main fuel tank, but the right fuel firewall shut off valve was engage meaning fuel was shut off to the right engine.  You never land gear up unless you know that landing gear down is worse. I have had two one engine landings in twin engine planes, one in a Chieftain and one in a P Navajo.  One thing I know, these aircraft will fly on one engine.  It also must be noted that the crossfeed on these aircraft are very effective and each side can feed the other and one side can feed all. So what happened?

The NTSB report leads one to believe that the aircraft ran short of fuel just few miles from the airport  of final destination.  The fuel tank selection  leads you to believe that one engine ran out of fuel and the other engine still had fuel.  One must understand that the Navajo Chieftains have counter rotating engines so there is no critical engine.  If this was a fuel problem such that the aircraft was out of fuel, the question becomes how do you not plan for adequate fuel?

I fly my aircraft two ways as it pertains to fuel.  One is by time. I have a clock sitting in front of me.  When the engines start the clock starts.   Two, I know my gauges like the back of my hand.  I know where they ought to be at every hour.  I know when to transfer fuel and when to switch tanks.  I know when the headwinds limit me and when tailwinds help me.  I also have a fuel flow system that gives me data to double check the primary two measures. So, I have three systems to make sure I do not run short on fuel before the next planned stop.

Here is the bottom line.  Always work the worse fuel flow data.  Always leave yourself time with reserve.  Always have a plan to land short of your destination, even it if is 30 miles from the final destination, to get fuel rather than saying “I think I can make it.”   And I do not want to get into a pissing match over weight but, with all due respect, if I had to overload a plane slightly it would be with fuel.

On a trip from California to Houston we were about thirty miles from our home base.  I was going into my reserve on the gauges, that being ten gallons a side.  I only needed another three gallons a side.  I decided to stop, refuel and, continue, just thirty miles from home.  Five miles after takeoff from the fueling airport the weather went down and I was VFR on top.  I had to get a clearance to shoot an approach into our uncontrolled field that had no weather reporting.  The weather reporting for the area was over thirty miles away.  If I had not fueled, well, it would have been very close and by the way I broke out at minimums.

As you have seen from my other articles, I always ask of my clients when they tell me their story, “what is the bottom line?”  The bottom line is always plan to have fuel when you land.  Planes don’t usually go down when they have fuel.

PrevPreviousMaintaining Instrument Competency and What the Feds Can Do If You Don’t
NextLoss of Control, Low Ceilings, Instrument ApproachNext
Scroll to Top