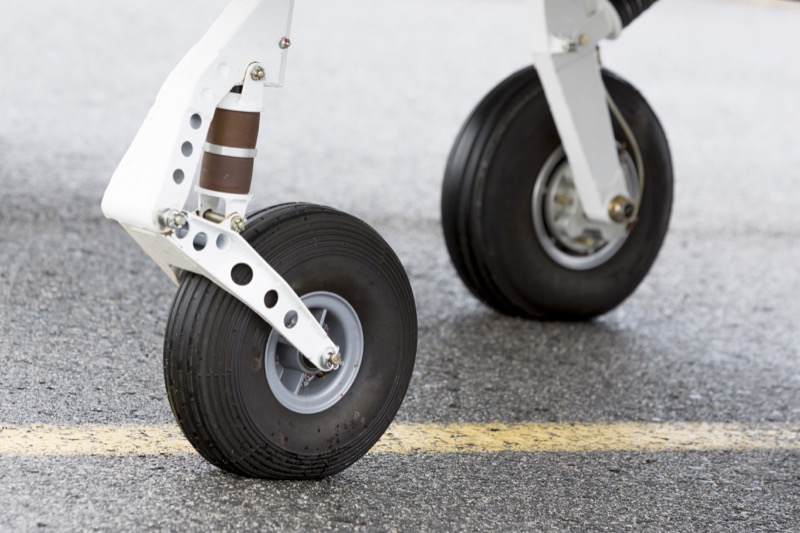 I spent 18 years involved in tire and tire maintenance. I worked from dealing with simple tire situations up to large commercial vehicles and owned and operated a large retread facility and maintenance facilities.

What I have learned and what I teach is that the general aviation community is totally out of “sync” on proper tire maintenance. Tires and brakes are one of the most important items on an aircraft next to engines.

As an attorney lets first visit on the failure of a tire on the runway on the roll or after landing. If a tire fails from an impact and it is reported by the tower at a controlled field the FAA and NTSB is going to get involved. They will visit with you the pilot and the maintenance staff to determine the quality and installation of the tire.  If the tire is a “flat” then the FAA and NTSB will not get involved.

Let’s talk about tire construction. Tires are constructed as bias, radials and in some cases bias belted. The majority of aviation tires are bias construction which is a model of construction that has been around since the Model T and before. It is layers of a material pressed into unvulcanized rubber and laid in opposing layers. It is then “vulcanized” or cooked in a mold that puts the imprint of the tire and makes the rubber solid. Rubber prior to being cooked is like chewed bubble gum.

Rule One on Tire Maintenance – UP THE AIR PRESSURE

Rule Two – Raise the ply RATING on your main tires and nose gear.

An 8 ply RATED tire does NOT HAVE 8 PLIES. It has four. The “rating” is an equivalency for the strength of an early real 8 ply tire. Materials are now used in bias tires that were stronger than originally used that set up the original ply material years ago.

So What Do You Do?

First, when you are ready for a tire change on a Twin Cessna up the rating to a 650 x 10 to a 10 ply RATING. Up the nose gear tire to a 600 x 6 8 ply RATING. Raising the ply rating does NOT increase the size of the tire. Tires are molded and not matter what the ply rating is the mold will not let it get bigger in the curing mold.

Second, PUMP UP THE AIR. Large commercial aircraft run up to 200 psi on their tires and the military runs up to 300 psi. IT IS ALL ABOUT THE AIR PRESSURE. Even if you have the 8 ply rated and 6 ply rated nose gear raise the pressure by 10 psi over the POH. Bias tires are NOT suppose to squat. YOU CANNOT HURT A BIAS TIRE BY PUTTING IN MORE AIR. It is the other way around. Too little air is an accident waiting to happen.

Save your aircraft and passengers.  Keep good “shoes” on your plane.

PrevPreviousOut of Control Twin Cessnas – What is the Problem?
NextBrakes, Very Simple But Extremely Complex and Hard to UnderstandNext
Scroll to Top