We fly the aircraft we provide training for. 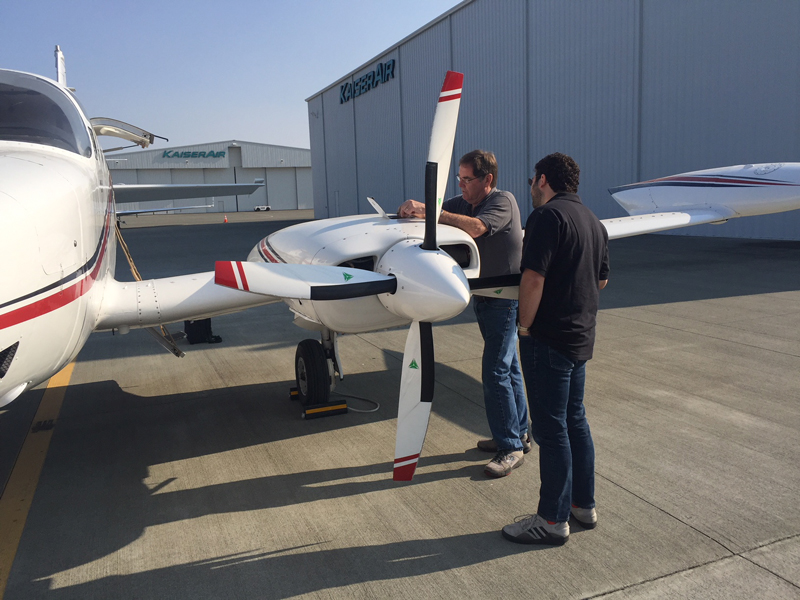 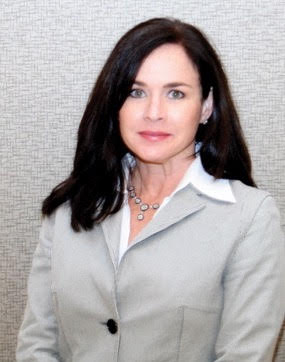 Staci is the primary owner of Aircraft Simulator Training and is the person behind the contacts and scheduling. AST, due to their reputation, has a heavy scheduling that sometimes is as much as 8 weeks out. Staci is personally responsible for setting up the scheduling, managing the day-to-day operations and working with all the many pilots we have repeated yearly schedules as required by the insurance companies. She works with Jessica, Trish, Chuck, Jim, Gary, Stephen, and Pete along with the maintenance team that keeps our many aircraft up to FAA standards. She works with our Houston office to make sure all the certificates are signed off and sent to the insurance carriers and pilots.

Staci works with numerous insurance carriers who actually send pilots to AST. She is the person that gets the problems solved on insurance requirements. Staci worked with several law firms in dealing with insurance companies so she “talks the language.”

Staci owns rental properties and office buildings in her management company and has built new and remodeled high-end homes and buildings. She has worked with contractors and sub-contractors in many building projects. She owns and developed the hangers and office building that houses AST. She is involved in the second project for AST and that is new King Air simulator training facility and building. It will be the most modern King Air simulator with full motion.

Staci has been in management with a major cellular company in sales and was an award-winning sales manager. She owns a media marketing company that developed television commercials for law firms and has been involved in all the outside advertising for AST. Staci is a licensed realtor and has worked with high end property sales and buildings sales and developments. She is a people person who feels strongly about making aviation safer.

Staci has spent hours flying in all types of aircraft, but her job is in the back of the aircraft. AST is what it is because of Staci and her vision of putting together the safest training program for General Aviation. 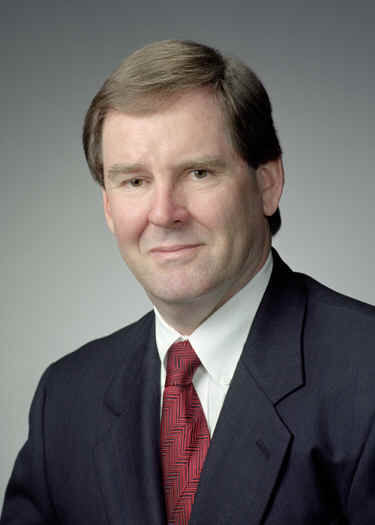 Rick McGuire started flying in 1969. He started teaching as a certified flight instructor in 1975. He has a background as a former military officer, an owner of multiple businesses including aviation 135 operations, flight training facilities and aviation maintenance facilities. Rick has handled numerous aviation accident cases in his 30 plus years as a personal injury attorney. He has worked with aviation facilities as it pertains to their legal requirements and has been a television commentator for aviation related topics. He has tried numerous cases and has been involved in multi million dollar settlements. His firm also helps aviation companies as a legal advisor and attorney and has been a coverage counsel attorney for aviation maintenance facilities and FBO’s. His law firm also represents injured passengers in commercial and air carrier operations. His first love has always been aviation and aviation training.

Rick has a mechanical background from working on engines and equipment since he was twelve years old. He has worked as an electrician, farm equipment, working for major farm implement company in the field and working in parts and sales. He worked for Uniroyal in the tire industry and operated as an owner of a large tire and vehicle service center engaged in retreading as well as large commercial tire products and aviation tires. He also owned an HVAC company. He has been involved in maintenance of aircraft and their components.

He specializes in Twin Cessna training from 310s through 421s. He also is a Mooney training specialist and has numerous hours training in Mooney aircraft, as well as numerous hours in King Airs, and Cessna Citations. He owns a highly modified Cessna 340, a Cessna 421C, and a M20 Mooney that is used for training and other aircraft. He also trains instrument students and conducts Instrument Competency Checks and Instrument Proficiency Checks.

Rick is a single engine, multi engine, instrument flight instructor who has numerous hours in Piper Navajo, Beechcraft Baron, Piper Seneca, Aztec, Piper Twin Comanche, Beech Dukes, and all the twin Cessna aircraft. He is an Advanced and Instrument Ground Instructor. He has an Aircraft Dispatcher License for Turbojet Aircraft and an airline background.

Chuck has a 121/135 background and we are proud to have him work with us. He is extremely knowledgeable in working with pilots on instrument refresher and emergency procedures. Chuck has developed several of our programs where we’ve added training that you cannot get in the plane. The loss of an engine at 100 feet AGL and being able to put it back on the runway, you cannot learn this in the plane as it is dangerous. Chuck works with you to show the correct way to get a 7,000 pound Twin Cessna or a Baron back on the runway. You cannot just “chop the throttles.” Chuck works pilots on high altitude take offs and high airport operations.

Chuck is just a great instructor and really enjoys making the pilots who train with us his friends.

Andrew is an Air Force pilot who has flown for Mesa Airlines, Spirit Airlines and is a pilot for Delta Airlines on the MD 88/90. He has also been rated in the Air Force as an Instructor on the C-21 (LR-35) and was qualified as a pilot on the C-5A/B/C. He is a very progressive instructor who with our staff has created more aggressive training programs for our pilots who train with us. An ATP rated pilot, he is also a CFII-MEI Andrew is the ultimate instructor who puts the pilot he is training first.

Jessica is a CFI, CFI-II and a MEI.  She has a Bachelors in Aeronautical Science from Embry-Riddle and is presently working on her Masters.  She is highly qualified in Twin Cessna Aircraft and especially in the 421 series.  She flies a 421C on a regular basis and is ready to help Twin Cessna pilots in our training program become more proficient.  She has a commercial flight background and numerous hours in the aircraft as an instructor.  Her background also included time as a Assistant Chief Flight Instructor in a Part 141 operation.  She is headed for the Air Force and her abilities are the type of Air Force pilot we look for at AST.

Pete is a MEI and Instrument Instructor with years of expertise from DC-6 aircraft through the 737 as a Captain with United/Continental. In between he has flown the DC-9 and MD-80 along with the Boeing 727 and Airbus A-300. He is a former Air Force Crew Chief on the F-4 Phantom. We are honored to have him work with us. He brings a lot of experience in helping us do the right way to train pilots. 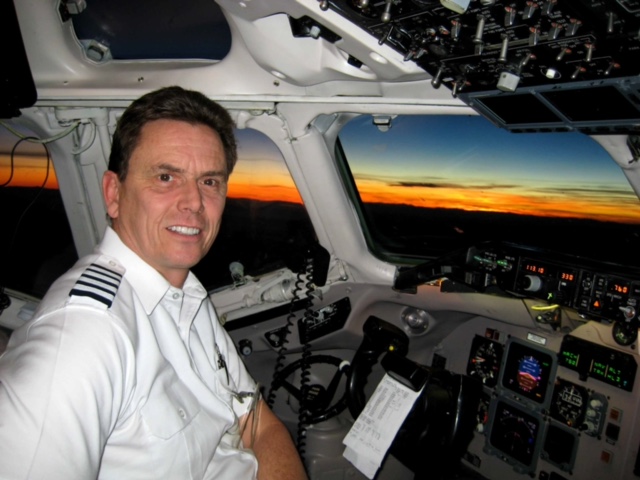 Gary Lash, a retired American Airlines Captain, is our Lead Turbrop and Jet Instructor for our King Air (90, 200, 350), Conquest and other Turboprop aircraft. He also works with initial and recurrent Citation pilots. Our full motion sim is fully adaptable to the King Air and other turboprop aircraft as well as the Cessna Citation.

Gary is like all of our instructors, a very caring and knowledgeable instructor who loves to teach. He puts everything he can in getting the pilot qualified and safe. He has that ability to impart his knowledge that makes you feel comfortable in training. He is just a great instructor and a nice guy.

Jim Minton is Turboprop Manager. Our turboprop training has been so popular that Jim’s main job is coordinating training and assisting the instructors in making sure the training that is required by the pilots who train meets their requirements.

Jim is a King Air pilot and has a strong aviation background. Jim works with Gary Lash our lead turboprop and jet instructor setting up each pilots training program and working with our scheduling department for the training pilot.

Jim coordinates the use of our rental vehicles that we have onsite and makes sure that any additional need of the training pilot is met. You will see Jim sitting at the instructor station with headsets on working with Gary who is in the full motion sim with the pilot. These guys make a great team and with two instructor the pilots get the full benefit of our full motion systems.